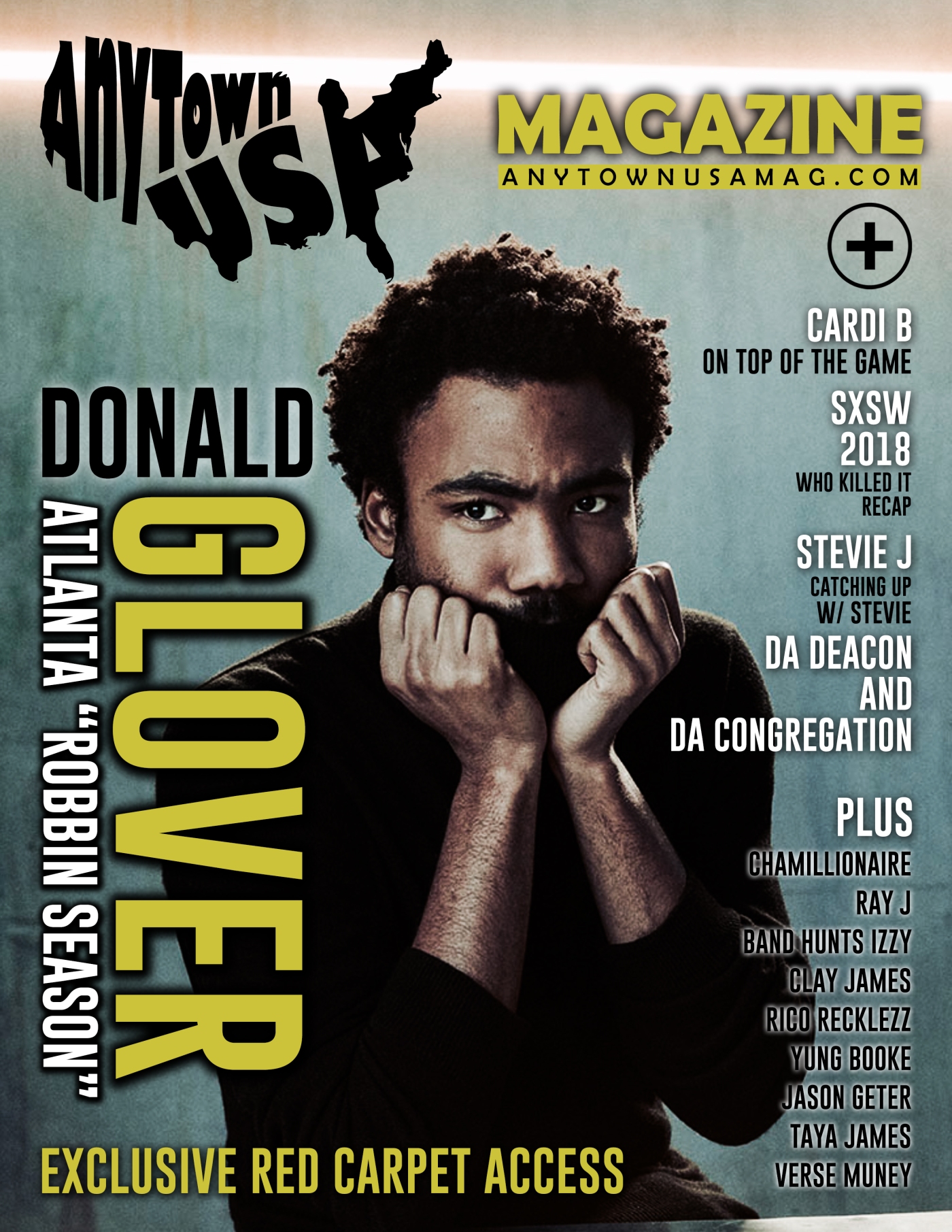 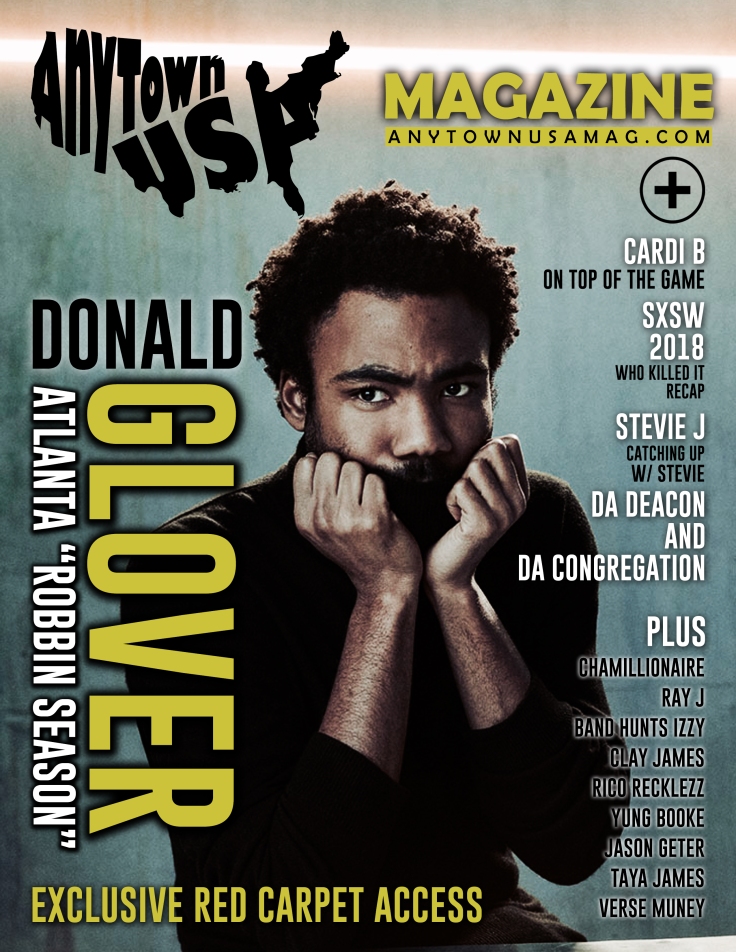 Our 1st AnyTownUSA Network cover feature needs no introduction. American actor, director, comedian, writer and producer Donald McKinley Glover is his own story in every right and we’ll take a look at why he’s a AnyTownUSA Network favorite. Success through the grind!
This Grammy Award winning singer, rapper and songwriter going under the stage name ‘Childish Gambino’ has changed the game on keeping Atlanta hot on the entertainment radar. Glover’s edge isn’t unwarranted, born at Edwards Air base in Ca., Glover’s family moved to Stone Mountain, Ga. and never looked back. “Being Jehovah’s Witness” Glover admitted to Wired, “amplified my own alienness” and he felt different as a kid.
His parents were head of the local Fosters Parents Association and ran a daycare out of their garage, Glover told Marc Maron, the house was full of “kids of every color, every type, every fucked-up background you can think of”. Intelligibly, we can see how his upbringing has played a part in his being comfortable in his skin, the creativity and humility he has in each facet of talent.
In 2006,Glover,as a student writer on an NYU internet sketch comedy group ‘Derrick Comedy’ the sketch began to go viral. A body of work called “Bro Rape” would land Donald Glover a writing job right after college, at only 23 years old, with Tina Fey’s 30 Rock NBC series. Three years later, Glover would be presented the Writer’s Guild of America Award for Best Cadence Comedy Series of 2009, for his work on the 3 rd season.
Glover had been playing around with guitars and rapping since fourth grade, but didn’t start producing until college, when a friend sent him a copy of Fruity Loops (Digital Audio Workstation} and he became addicted. It was around this tome Childish Gambino was born. When Glover appeared on Jimmy Fallon in 2011 he tells how he (like many others) used the online Wu-Tang Clan Name Generator, and the name just stuck. Of course, I tried it and my name is forever ‘Sarkastik Artist’ not as good as Gambino’s but hey, can’t all be Childish!
With over more than 14 movies and shows in his long list of accomplishments, Glover would sign on with FX in 2013 to write, produce, star in and compose for the FX hit comedy series ‘Atlanta’, by far one his greatest achievements. Encompassing his personal diversities, talents and scope on how he would like the perspective of Atlanta to be. One of Glover’s favorite movies, City of God, a Brazilian slum-based film is partly responsible for inspiring ‘Atlanta’. In a TCA 2016 interview, Glover remembers seeing the movie and thinking he wanted to “make Atlanta feel like that”.
“Awaken My Love” Childish Gambino’s 2016 album with Grammy Award winning single ‘Redbone, was the last album released by the singer. Glover announced at NY’s Governors Ball Music Festival he would be retiring the stage name Childish Gambino, stating the next album would be his last ‘I’ll see you for the last Gambino album’.
At an Atlanta promo event Glover told Huffington Post he wants to leave things on a high note, that Gambino wouldn’t be “punk” moving forward. “I feel like there’s gotta be a reason to do things and I always had a reason to be punk. Being punk just always felt really good to me and we always looked at Atlanta as a punk show and I feel the direction I would go with Childish Gambino wouldn’t be punk anymore.
I wonder how ‘punk’ Glover would say his Lando Calrissia character is in the upcoming ‘Solo: A Star Wars Story’. With the trailer debuting in February, Lando is already stealing the hero shot of the spring 2018 premiering movie. So you think we’ve heard the last of Childish Gambino? Maybe, but we know that attitude Donald Glover has isn’t going anywhere soon. Besides he didn’t say it was His last album, just the last with the stage name Gambino…Keeping my fingers crossed.
Love & Light,
Eboni Holloway