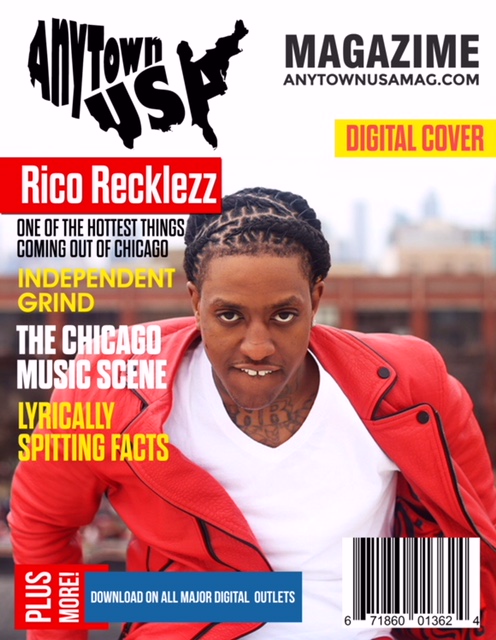 Rico Recklezz is currently one of the hottest things coming out of Chicago right now. Still buzzing of his latest tape, Grand Theft Auto 6 which dropped on the first of this year. Rico has in the media a lot lately and on his grind as well. The lyricist first decided to step onto the music scene after some time he had served in 2014. In previous interviews he mentioned that some rappers just weren’t doing it right. So then he came about.
Some know Recklezz by old and current feuds that are minor to him, but most know him as the artist that he is today. He is currently independent with potential deals on the table. Meanwhile, he’s focusing on Recklezz Renegade Recordz. Below he talks a bit about being indie, the start of his career and more. Rico Recklezz will also be seen during SXSW this year so expect to see a good show if you’re there as well! Read more below.
Bri: For those who aren’t familiar, who is Rico Recklezz?
Rico Recklezz: One of the best lyricist and entertainers coming out of Chicago. Everything I say and rap about is proven facts. You can see it for yourself.
When did you decide that music was what you wanted to do as a career?
The last time I was in prison in 2014.  I told myself I was going to take it seriously and never look back.
How do you feel about the music scene in Chicago?
We’re lit right now.  Chicago has talent, a lot of great music, and it’s a lot of people behind the scenes that are from my city doing big things.
Out of all the music you’ve put out, which song is your favorite? Why?
Realer Than Wordz 2 Intro. Go listen to it and You’ll learn a lot about me.
Are you currently signed or strictly independent? If independent, is there any label talk in the air as of now?
I’m independent. I like doing things my way and I like that I have control over my music. I think about signing a deal.  There are offers on the table. I would sign the right deal I just want to be careful so we’re going with the flow and I’m going to keep working.
As for the immediate future, what’s next for you?
Working on more music, merch, doing more shows and festivals, getting more money and being a great Dad.